Kotlin is a statically-typed programming language. The language was intended as a general-purpose, OOP language for JavaScript and the Java Virtual Machine. However, in a short span of time, the language is rivalling the almighty Java language itself as the preferred choice for Android application development. Businesses planning on an Android native app-build usually demand expert Kotlin mobile app developers with a track record in successful Android app development projects across industrial verticals.

Behold, CodersNews rankings for the best Android developers from the global market who are at your disposal.

What kind of Kotlin app do you need?

CodersNews can connect you with the most proficient Kotlin mobile app development agencies for your app requirement. These developers are best known for their prowess with developing:

Kotlin is the best choice for enterprise applications that you target for the Android platform. Kotlin benefits both large-scale businesses and start-ups w.r.t. Native Android apps for various business processes.

Creating CMSs or information feeds for Android is extremely easy. The Kotlin development environment has tools for developing custom content distribution APIs. There are 3rd party CMS APIs available for integration as well.

Do you have a bespoke social media app idea for the Android platform? Hire the developers ranked on CodersNews for building social media and networking apps with real-time features and rich UI design.

Which Kotlin services can developers listed on CodersNews provide?

We have ranked the best Kotlin developers to give your Android apps the leg-up they need for a competitive edge in the market. Connect with the most renowned Kotlin mobile app development agencies for any of the following requirements:

Guarantee a feature-rich app environment for your users with interactive motions, gestures and animations. We have ranked app design experts who are experienced with the native UI/UX curation for Android apps of various types.

Debugging and testing your code properly before deployment and after updation is essential. They optimize your Kotlin app code so that it performs above expectations with your current set of users and fetches more users over time.

Migrate your application code from any language to Kotlin with help from Kotlin experts. We rank experienced service providers who dedicatedly transition your app using agile coding protocols, at a nominal cost.

We help you network and hire the best Kotlin app development companies who can help optimize your code as per current industry standards and practices, and diagnose your app for any performance shortcomings.

How is Kotlin for Native Android PWA development?

Kotlin’s compatibility with the Java Virtual Machine and popular frameworks such as JSF, vert.x, and Spring boot, along with Ktor, make it an ideal, future-ready language for Native Android PWA development. Besides server-side, backend web-oriented coding, we can also conduct client-side programming using a combination of Kotlin and Javascript.

How is Kotlin’s Native performance support?

Kotlin is an evolving language. Its interoperability with Java helps leverage everything Java offered us, and then some. The language is still being regularly updated by its conceivers, JetBrains, as well as Google who recognize it as one of the official Android development languages besides Java. It also receives extended support from an independent dev community.

What does it mean when we say that Kotlin ‘interoperates’ with Java?

When we say Kotlin is interoperable with Java, we mean that Kotlin can call Java methods from Kotlin code. We can easily call Kotlin code from Java when it does not use any specific annotations. The vice versa is also applicable, making migrations secure. Kotlin code is more condensed than Java also enables smart casting, higher-order and extension functions.

Why is the market moving from Java to Kotlin for Android programming?

Kotlin outshines Java by making up for the major challenges that developers used to face when using the latter such as null and type safety. Kotlin adds a lot of libraries and components that are interoperable with pre-existing Java code. This makes for stable legacy apps, and innovative next-gen Android apps which are easily scalable regardless of user growth. 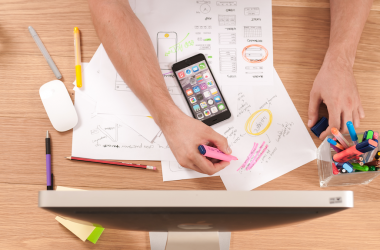 Appcelerator’s Titanium is a widely used, cross-platform application development framework. It has been responsible for some of the…
Read More 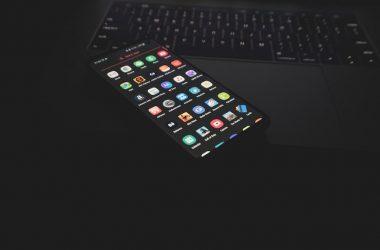 The iPad is one of the most popular tablet computing and mobile devices used across the globe. The…
Read More